Your Formation will Build Up the Church 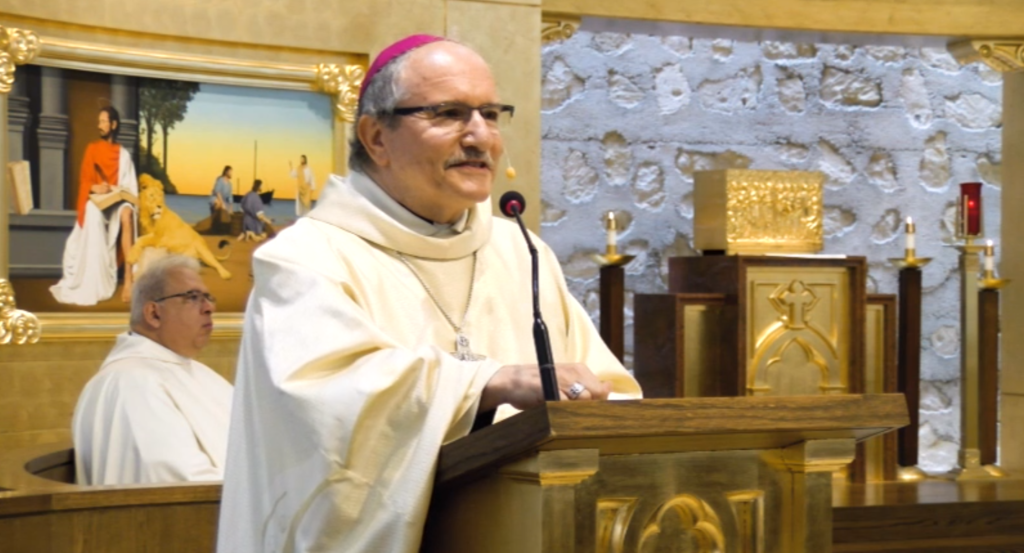 Homily – Saturday of the Third Week of Easter Graduation Mass for the Mexican American Catholic College May 11, 2019

Welcome to all of our honored guests: Our President, Dr. Arturo Chavez, members of the Board, our Colleagues of the University of the Incarnate Word, Professors and Teachers, Administrators, Graduates, Parents, Relatives and Friends. It is a true joy to be with you today to assist us to acknowledge the gifts that God has offered to all of us, particularly the Graduates. And also to acknowledge your accomplishments as Graduates and those to whom we offer Certificates of Completion of the various programs of our

The truth is: This is no ordinary academic graduation! All who matriculate at the Mexican American Catholic College are clearly interested in information, but equally important, all who enter our classrooms are also interested in formation as ministers of God’s Good News and the work and mission of the Church.

The Faith in God which unites us here in a most special way is often unique in our world. Pope St. John Paul II, Pope emeritus Benedict XVI, and Pope Francis have regularly pointed out the profound secularization of our global society. They speak of what we know by our own experience. Presently over a quarter of the citizens of the San Antonio no longer believe in God, much less the Gospel of Jesus Christ.   The same numbers likely hold true for our entire country.

Some surveys tells us that in the United States virtually half of the population have no expressed membership in a parish, synagogue or mosque. Roman Catholics must face the truth that for every one person who joins us at the Eucharistic table, six people push away from the table and no longer enter our places of worship. For me as a bishop, one of the facts that ignites my fire for the preaching mission is that in the Archdiocese of San Antonio, fully 80% of the baptized Roman Catholics in our 19 counties do not go to Mass on any given Sunday. Faith, at best, is weak and not a priority, no longer the “Bread of Life.”

Many of us in the Church have not failed to notice these realities. We celebrate our pastoral leaders in the recent past who cry out for an epoch of a “New Evangelization,” not a New Gospel, but a renewed response to the Good News of Jesus Christ with creative presentations of the Gospel that will lead to new encounters with the Lord Jesus, a more justice filled accompaniment and response to His love, that creates truly missionary disciples who have learned that love is a decision to embrace a vocation of sacrifice and service which, guided by the Holy Spirit and communion of the Church, will renew the face of the earth!

Our second reading today is the culmination of an entire discourse by Jesus in John’s Gospel regarding the “Bread of Life” which Jesus is identifying as After a series of comments by various folk, finally many who were thought to be disciples simply walked away for these saying are too hard to take. But Peter speaks in response to Jesus’ inquiry if he and other Apostles were leaving as well. Speaking for those who would stay, Peter fiercely, even defiantly says: “Master, to whom shall we go? You have the words of eternal life. We have come to believe and are convinced that you are the Holy One of God.”

I invite you to consider for a moment various human moments when we are recognized or when we recognize another as significant in our lives: A baby who, after a few weeks, can recognize, with a smile, mom or dad; the moment in a shopping center we thought we had lost our parents in crowd but then saw them looking frantically for us; the time when we saw the beloved across the room and when they saw us we “knew” that it was a very special, a different look of love; the moment that we “knew” in prayer that God was calling us to a life of service in the priesthood or religious life.

Today’s story and most all of the Gospel stories told in the first four weeks after Easter about recognizing Jesus, as Risen He is not dead. He is alive. The tomb is not empty by theft, but He is risen from the dead.

As in all stories of recognition there are two consequences of that event. When we recognize each other; when we recognize Jesus, the first consequence is “responsibility.” The connection established by these relationships invites us, even requires us, to have an additional responsibility to that Person that we do not experience with each person we pass in a day.

Jesus expected his disciples to recognize his as the “Bread of Life” so that they would know from Whom, from Whence, true nourishment comes and would then offer this nourishment by the way they live like Jesus lived, and die like him if necessary.

This is equally true of us as we graduate today…we know, so we serve Him and His people.

The second consequence of recognition is that special gifts are exchanged between folks in these types of Gifts that you have come to know more about here. However, in the first reading today from the Acts of the Apostles there is something of a wonderful summary of some gifts that they, the community, knew because they recognized Jesus as Lord; “Joy in his peace; an upbuilding of the strength of the Church and the number of families therein; a tremendous respect for the Lord, His Father and Their Spirit; and a deep consolation, a blessedness, from the Holy Spirit which confirmed their faith, the direction they have taken and their willingness to be persecuted for that Faith.

Joy in His Peace…something you know today, as all of the exams and this part of the stress of life is behind you. Celebrate his love for you.

You will announce by the Word and Deed the tremendous respect due our Triune God. You will point out his Presence, his Presence especially in the People of God.

And when you experience persecution for justice sake, you will be consoled for you do not expect to be treated any different than the Master who died for you and me. This consolation is the deep satisfaction, the blessedness, that comes with certainty that you are in and under the Will of God, assisting Him to fulfill His Promise to invite all to salvation, the eternal life promised to the Poor in Spirit; and to change for the better the present world as we advocate for justice and serve the material and spiritual poor.

The message of our Easter season and this graduation is radically different from the message of our times. Our message challenges us to live the kind of life that Jesus won for us. It is the Easter life where life is always chose over death; where sin is forgiven and forgotten; where the making of peace is always more important than the making of war; where new beginnings are possible despite our addictions and our past.