The Struggle of the American Dream: Journal Entries

During the July semester of Summer 2018, a group of young leaders were enrolled in Hispanic Ministry in the 21st Century. One of their assignments was to keep a journal to reflect on their border immersion experience and service learning project in evangelization ministry. Below are a few entries from one of the students, Sandy Escalera, a moving reflection of what she experienced
meeting migrant families.

Friday, July 13
I saw the border today. On the other side was “No Man’s Land.” I never knew there was such a place called that. We saw shoelaces, toothbrushes, torn underwear, old gloves and lots more along the border. When one gets caught crossing the border, the border patrol tells the person to remove his or her shoelaces so that they don’t use it as a weapon to harm themselves or someone else. People die every day trying to come across to find the American dream. 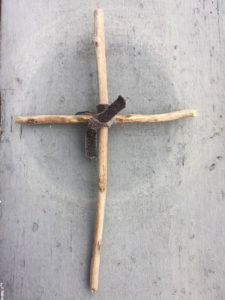 Border patrol watched us from every angle, from the inside, from above us with a helicopter and even from the trail we walked on. Today made me think a lot about my parents. What’s their story? What border did they have to cross? My husband and I had this conversation a few weeks ago, I was trying to explain to him how I wanted to help people out in the streets but I didn’t know how, at the moment I thought it was fear. I mentioned to him that sometimes I wish I was poor so that I could approach someone who is poor. Well today I found out how. We visited families who live in poverty. I didn’t have to say anything! All I did was listen. Learn about them. Hear their story. I am so grateful for all the classes we had at MACC. Everything makes more sense as we were doing our mission. I’ve been so ignorant for a long time. There are people in the U.S. who live in homes with particle wood board walls, tarp ceilings and an outdoor kitchen! Children are living like this and what are we doing? What am I doing?

Tuesday, July 17
We began our day with mass this morning, and then headed to work in the fields to pick blueberries. We were given a belt to put around our waist and two buckets to hang from the belt. Ana Julia and I started on one side and the owner came by and advised us to start on opposite sides of each other that way we wouldn’t reach for the same berry. Smart man… As we slowly moved on to our second bush, I started feeling impatient my bucket was not filling up. I felt like I was on the same bush for a very long time and still my bucket had so much space for more. We each picked from four bushes to complete our buckets. For one bucket it took us an hour to fill. Each bucket is worth $2.50. The struggle is real! The owner’s wife came over to help us pick berries. She asked how I was doing and I answered “It’s so hot!” She chuckled and said in Spanish, “Today you were lucky because the weather is better than most days.” I stayed quiet after that embarrassment. I was able to talk to her and she talked to me about her mid-life crisis she was learning to move on from. As I listened to her talk, I was able to understand what she went through because I had gone through the same depression, being an over thinker, with anxiety and fear. She took psychology classes and went to a therapist and got the help she needed. I thanked her for evangelizing to me. She has a gift, and I made sure to share that to her after our conversation ended.

After eating with la familia, the girls and I headed to a confirmation class to guide it for the night. I was very nervous for tonight. Vicente wasn’t going to be there, and he knew how to engage kids and have them participate. Something I struggle with. So here I come praying to the Lord to guide me once again and keep me from freaking out. I arrived, greeted the students introduced ourselves and started the night with the same games we played with yesterday’s group. There were struggles with two boys but eventually we succeeded! Getting closer to the end of the night we were able to ask them where they are in life. What is there neighborhood like? Most of them answered with full honesty. One said that their neighborhood was very dangerous because gun shots were always being fired. It was nice to see that the group was opening up. We shared a little about our experience doing missionary and asked them how they identify themselves culturally. Most of them said Mexican American. Good answer. We explained that many aren’t fortunate enough to have what we have here. People struggle to get what we have. Let’s use the resources that we have to become whatever we dream.  Confirmation isn’t a graduation. It’s confirming your faith! We need to continually practice our faith just like we do our culture. Do we stop being Mexican because we don’t speak Spanish? So then why do people say they aren’t Catholic after having confirmed their faith with the church? No, remember your roots, where do they start? Remember your faith, what you’re confirming to.

Tonight ended better than my worries. Thank you, Lord. Amen. 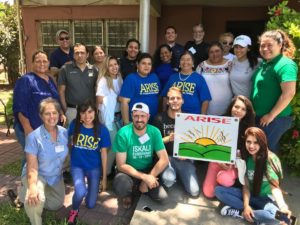