Deacon Called to Serve as Chaplain for Fire Department 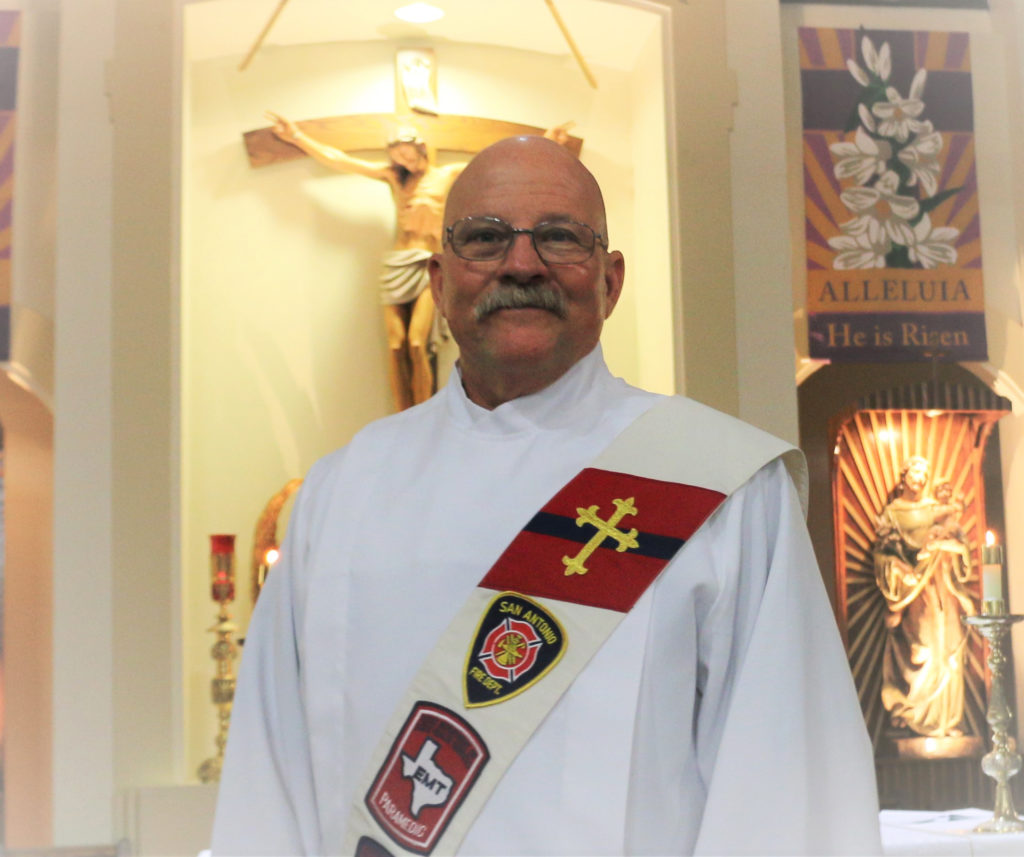 Deacon Jerry Whitley, alumnus of MACC, has been appointed Head Chaplain of the San Antonio Fire Department. He graduated with the Diaconate Class of 2018. He is currently assigned to St. Andrew’s in Lytle, Texas.

How were you appointed Head Chaplain?

I have been retired from the fire department for about 6 years and 34 years of service. About four months ago, the former Head Chaplain moved to Colorado and the fire chief invited me to his office for a meeting where he offered me the position. I told him I’d have to go home and think about it which was really a mistake because that was really what I had hoped for before I ever applied for the Diaconate program. By the time I got home, I called him and told him, “Chief, I have to do this. It’s a door that is open and I have to step through.”

After so many years of helping people with their physical problems, life and death issues and very serious things, I feel that this is my time to be able to help people on the spiritual side. We minister to all the firefighters at the stations themselves, in both good times and in bad, but we also minister to the victims if they need it. We have 24 chaplains in our program. Being a chaplain is a calling. When somebody has a need regardless of who it is, we feel like we have to be there for them.

What has drawn you to this ministry?

After serving so many years in the fire department, I know that we get so wrapped up in caring for the physical needs of the people we respond to that a lot of times it wouldn’t dawn on me until after that people had spiritual needs as well. I had an opportunity to be there but overlooked it. I think I have some paying back to do. There were a lot of calls that I was on where I never called for a chaplain but if one had shown up, it sure would have been welcoming. I was on a call one night after a horrible car accident which involved the death of baby. We had to stay there until the police got their investigation finished, then the medical examiner had to come, followed by the private ambulance that came to pick up the body. It was about 2 o’ clock in the morning and we had already been there close to three hours. It’s times like that where it would be good for a chaplain to just show up. So I definitely understand the need, and it’s nice to be invited to be a part of that.